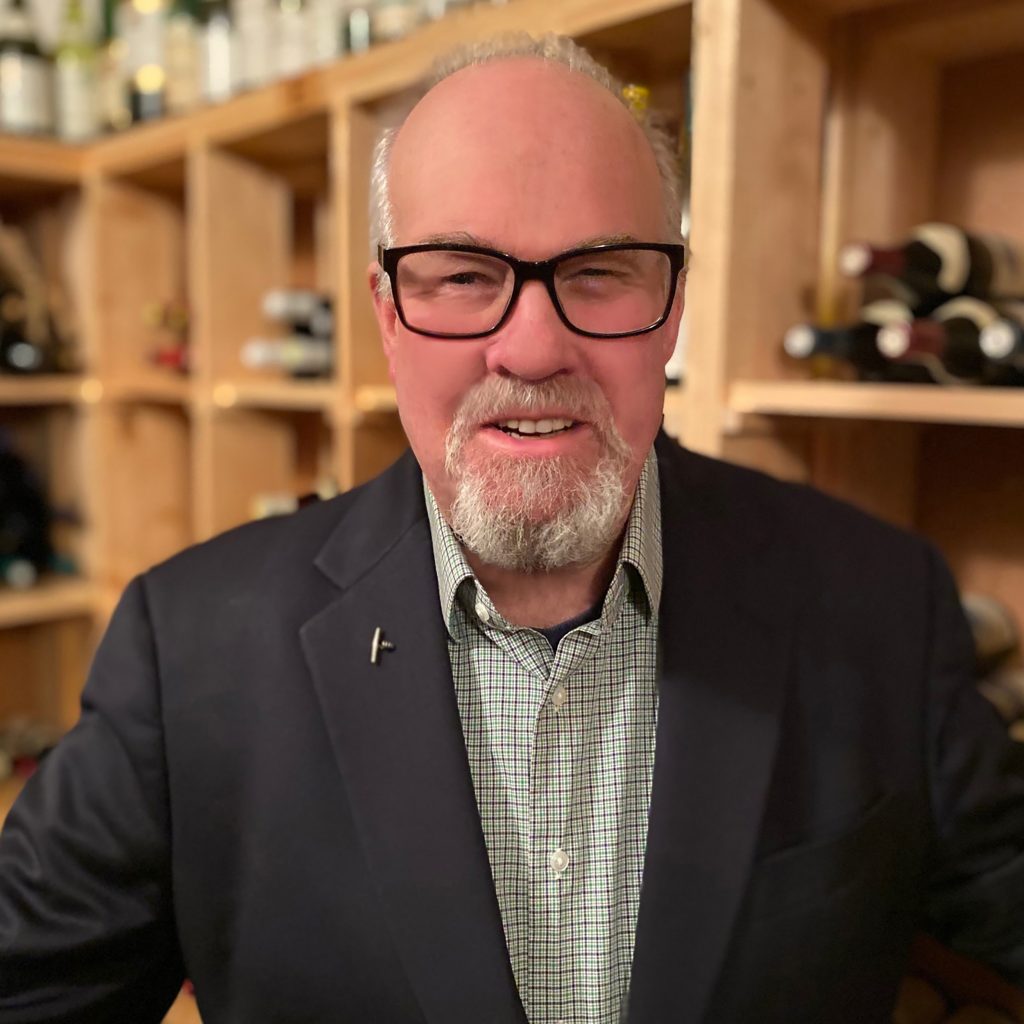 Southern France naturally piqued his interest in fine wine and cuisine. After earning a BA in Music, Drake went to Europe for the first time. Basing himself in Aix-en-Provence, he was able to travel extensively throughout France, Italy, and Spain. Returning to California he taught and played the trumpet professionally. All the while, learning as much as he could about wine.

As fortune would have it, his first job in the wine business was as a sales rep for Woltner & Co. a French negociant company owned by Chateau La Mission Haut Brion, with an office in San Francisco. Drake was hired as the first rep charged with developing the market. He proved to be a natural and before long several reps were hired to cover the expanding territory. In addition to current Bordeaux, the company had a deep collection of wines from the top Chateaux in the great years dating back to the early 20th century. Drake organized vertical tastings and dinners at local restaurants. He became a master of trade marketing and import relationships. This experience formed the basis for his management career with Diamond Wine Merchants, Villa Italia, Europvin, and Golden State Wine Company. As a member of Vara, Drake demurred from being called a ‘jewel’, but his knowledge and experience lend strength to the circle.